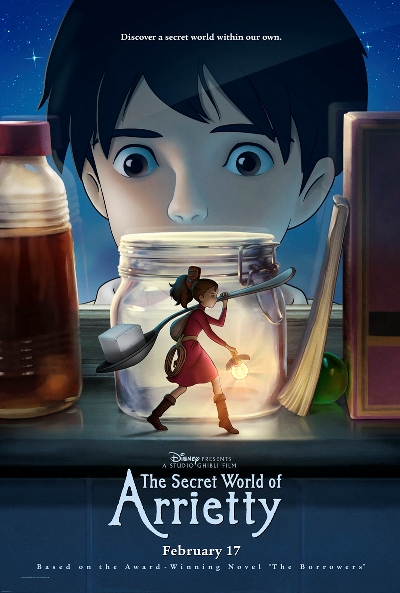 Opening on theaters this Friday (2/17/12) is “The Secret World Of Arrietty.” It has also gone by the title “Arrietty The Borrower.” It was released last year in Japan by Studio Ghibli (Spitited Away, Kiki’s Delivery Service, Princess Mononoke). I was fortunate enough to see it last year in Japanese with English subtitles. It was an awesome movie. I’m sure it is just as great in English. If you liked 2009’s Ponyo, then you will love this. It is based on the book series “The Borrowers” by Mary Norton. The series included a total of 5 books published between 1952 and 1982. Unrelated: Mary was 2 years and 5 days younger than Walt Disney. Mary also wrote two other books titled The Magic Bed Knob and the sequel Bonfires and Broomsticks. These stories were the baseline for Walt Disney’s Bedknobs and Broomsticks (1971). 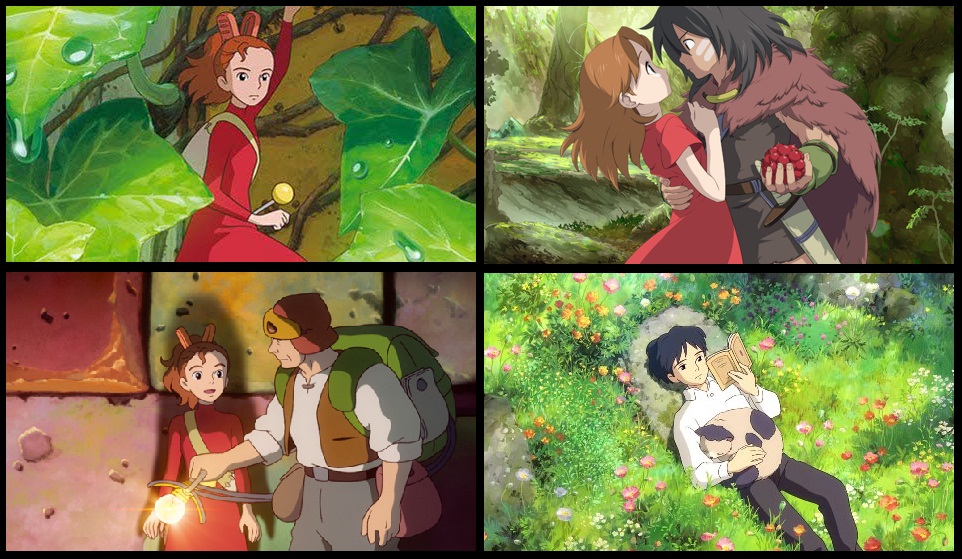