Sad news this past week as Hayao Miyazaki announced at a conference on September 1st that he was retiring from the animation world. The release of “The Wind Rises” will mark his last film. He was the co-founder of the animation company Studio Ghibli in 1985 and has been animating under that label ever since. His son, Gorō Miyazaki, started to take over his father’s acting direction in 2006 with the release of “Tales from Earthsea” and 2011’s “From Up On Poppy Hill.” Hayao’s 2001 blockbust “Spirited Away” still holds the top spot in Japan as the top grossing film of all time.

In August 1996, Disney and Tokuma Shoten Publishing (English dubbed the films from the late1980’s-2001) agreed that Disney would distribute international Studio Ghibli animated films. As of September 2011, Disney holds the rights for all Studio Ghibli theatrically released films in Northern America.

I personally watched “Kiki’s Delivery Service,” “Laputa” (Castle In The Sky), and “Lupin the 3rd: Castle Of Cagliostro” on VHS in 1990 when we had a Japanese exchange student stay with us. He translated the Japanese to English for us. That is why all these films are special to me.

Which is your favorite Hayao Miyazaki film? 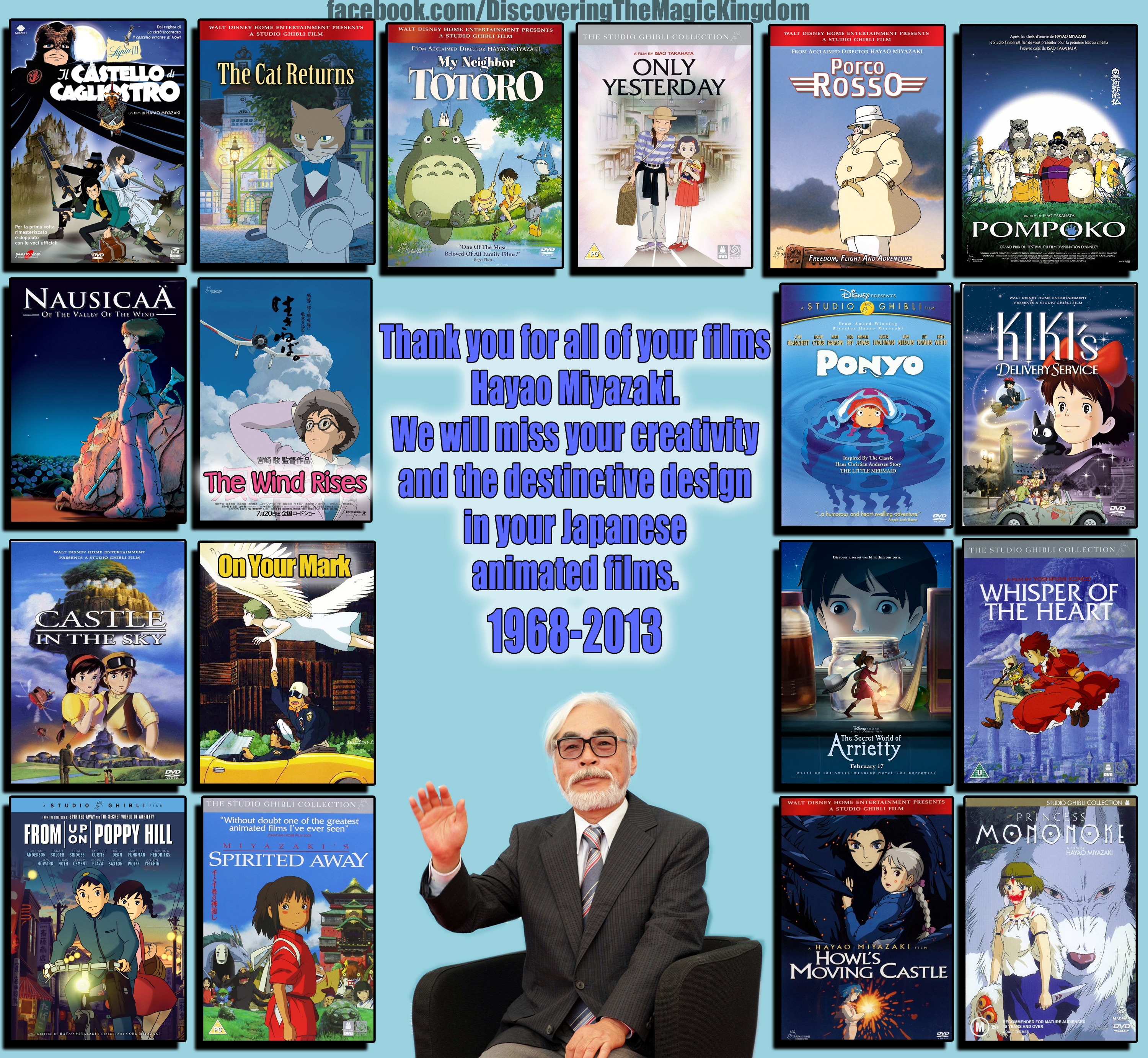 Reply http://KPDNELSWJRJOTU.com
7:11 AM on September 6, 2018
Thank you for the sensible critique. Me & my neighbor were just preparing to do a little research on this. We got a grab a book from our local library but I think I learned more from this post. I am very glad to see such wonderful info being shared freely out there.