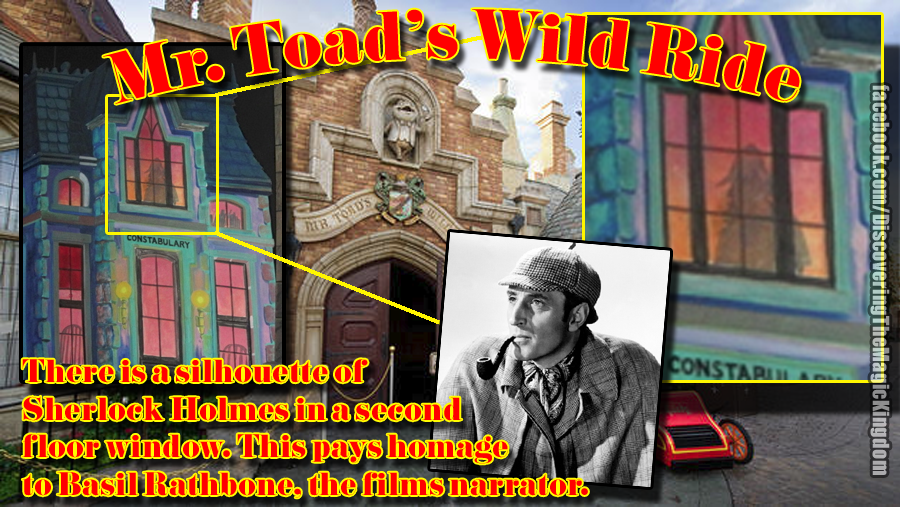 FUN FACT: Mr. Toad's Wild Ride: When you drive through the town square, there is a silhouette of Sherlock Holmes in a second floor window. This pays homage to Basil Rathbone (13 June 1892 – 21 July 1967) who portrayed the detective Sherlock Holmes in 16 Sherlock Holmes films between 1939 and 1953. Basil Rathbone was the narrator for Wind in the Willows (1949), the Mr. Toad segment of The Adventures of Ichabod And Mr. Toad (1949). He was also the inspiration behind the character Basil Of Baker Street in The Great Mouse Detective (1986), and you can hear his voice in that film as Sherlock living above Basil Of Baker Street's home.

Reply what pharmacies can you buy zithromax over the counter
12:19 PM on September 21, 2021
Zithromax Cut In Half