#2169. Mark Hamill’s kids made appearances in the Star Wars: Episode VIII - The Last Jedi (2017). His oldest son, Nathan Hamill (born June 25, 1979), portrayed Saile Minnau. His second born son, Griffin Hamill (born March 4, 1983), portrayed Salaka Kuchimba, and his daughter, Chelsea Hamill (born July 27, 1988), portrayed Koo Millham. All three of them were part of the Resistance and survived all the attacks by The First Order and ended up on Crait for the final battle. 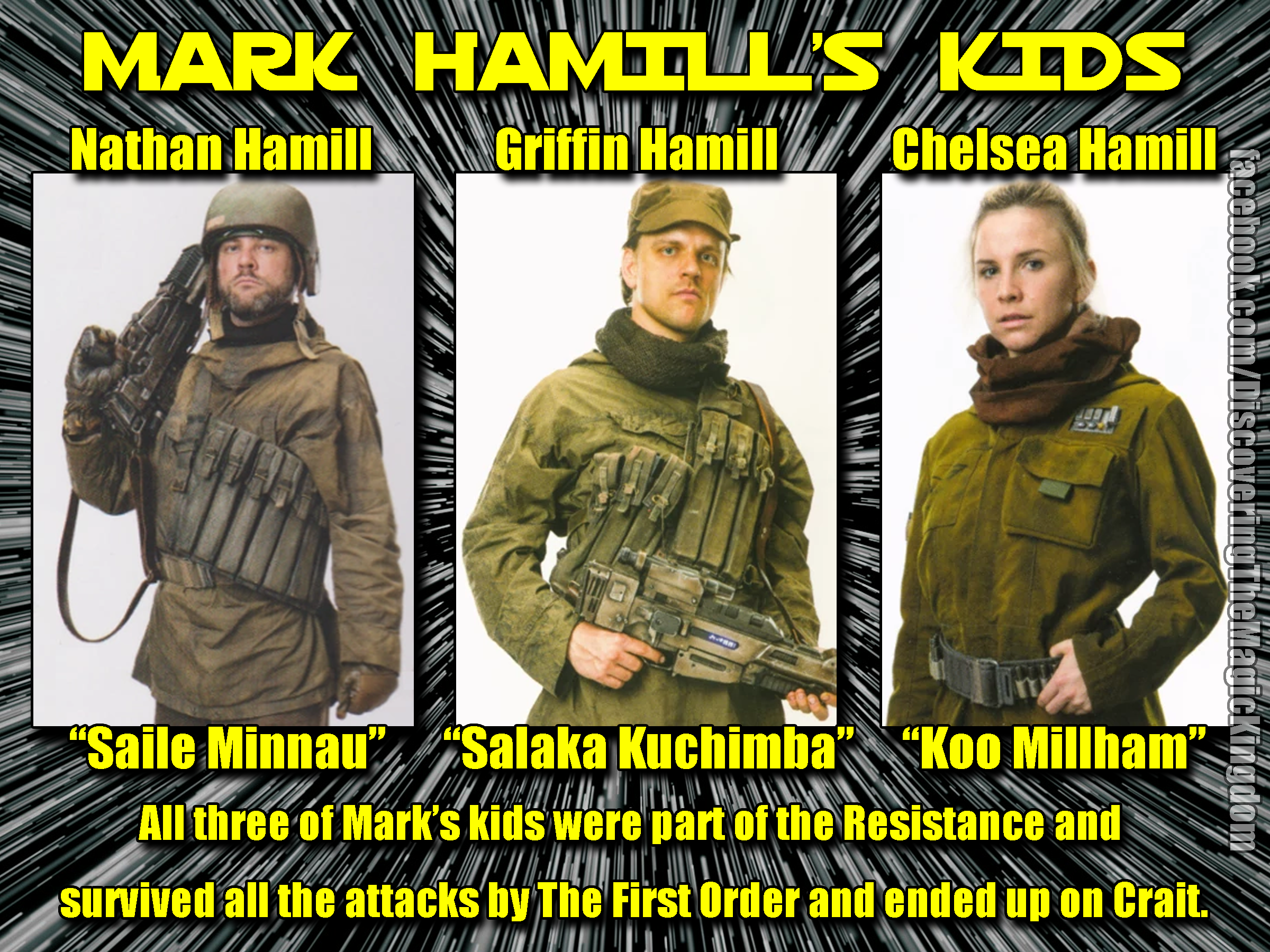