For those of you who may not know, on August 31st 2009, Marvel Entertainment, Inc. was bought out for $4 billion by The Walt Disney Company. So because of that Disney now owns the rights to about 5,000 comic characters including, The Incredible Hulk, Fantastic Four, Spider-Man, Wolverine, Captain America, The X-Men, Iron Man and Thor. With this news I would like to invite you to go to the movies on Friday 5/6/11 to see the new release of Thor. I myself bought my ticket to see it in IMAX 3D on the Thursday before at midnight. It is one of a few prequel movies created to build up to the big movie The Avengers, set to release in 2013.

Since Disney now owns Marvel, they have marvel sections in their gift shops. This is the Star Trader in Tomorrowland. 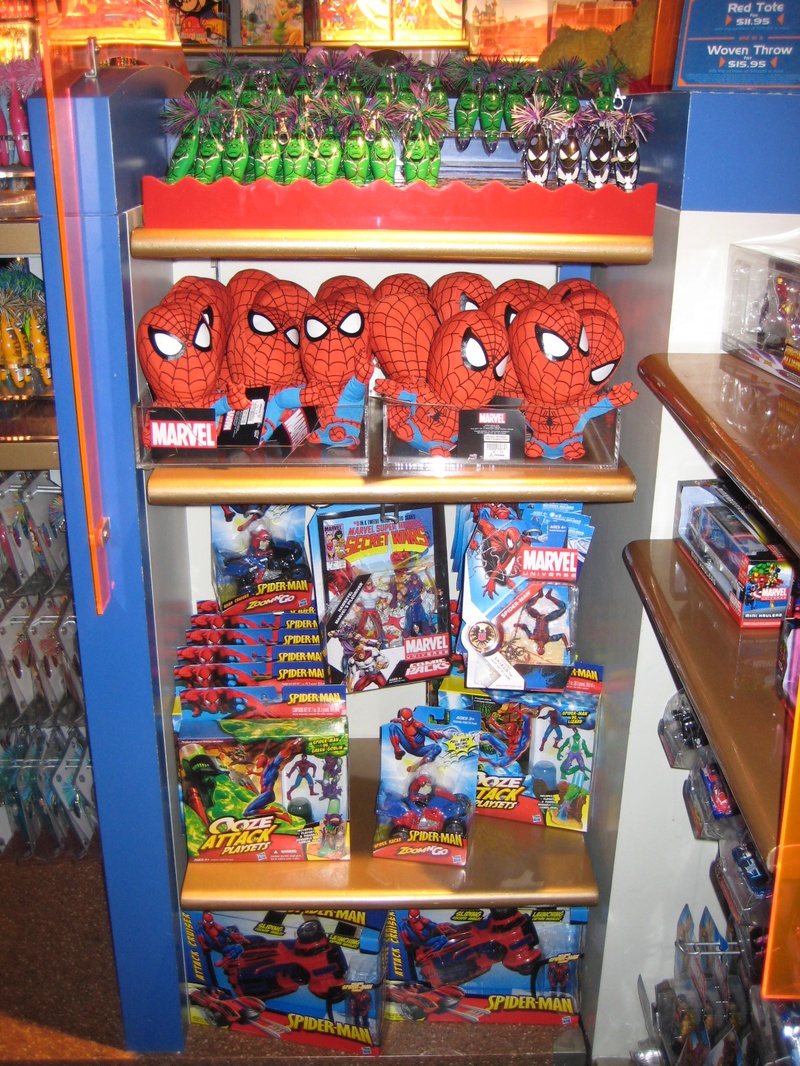 Reply Neaderi
1:17 AM on January 19, 2022
tadalafil chemical compound antariex can you buy priligy in the u.s.