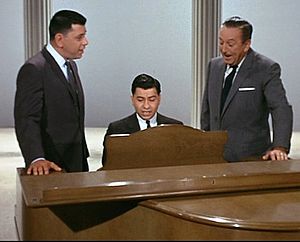 Sad news for Disney fans everywhere. Robert Sherman passed away on the 5th. He was 86 years old. You may know him as one of the “Sherman Brothers.” He and his brother, Richard Sherman, wrote a ton of songs for Walt and for movies since Walt’s death. Whenever Walt went into the Sherman Brothers studio he would request for them to play him “Feed The Birds” from Mary Poppins because it was one of his favorite songs. His songs will live in the films we watch. Here are some of his works...
Mary Poppins (1964)
Chitty Chitty Bang Bang (1968)
It’s a small world (Disneyland attraction)
The Jungle Book (1967)
The Aristocats (1970)
The Parent Trap (1961)
The Parent Trap (1998)
Charlotte's Web (1973)
The Many Adventures of Winnie the Pooh (1977)
Snoopy, Come Home (1972)
Bedknobs and Broomsticks (1971)
Little Nemo: Adventures In Slumberland (1992) 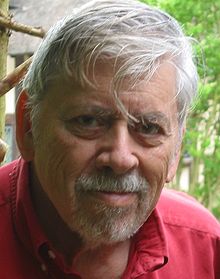