Ward Kimball: Animator and one of Walt's Nine Old Men 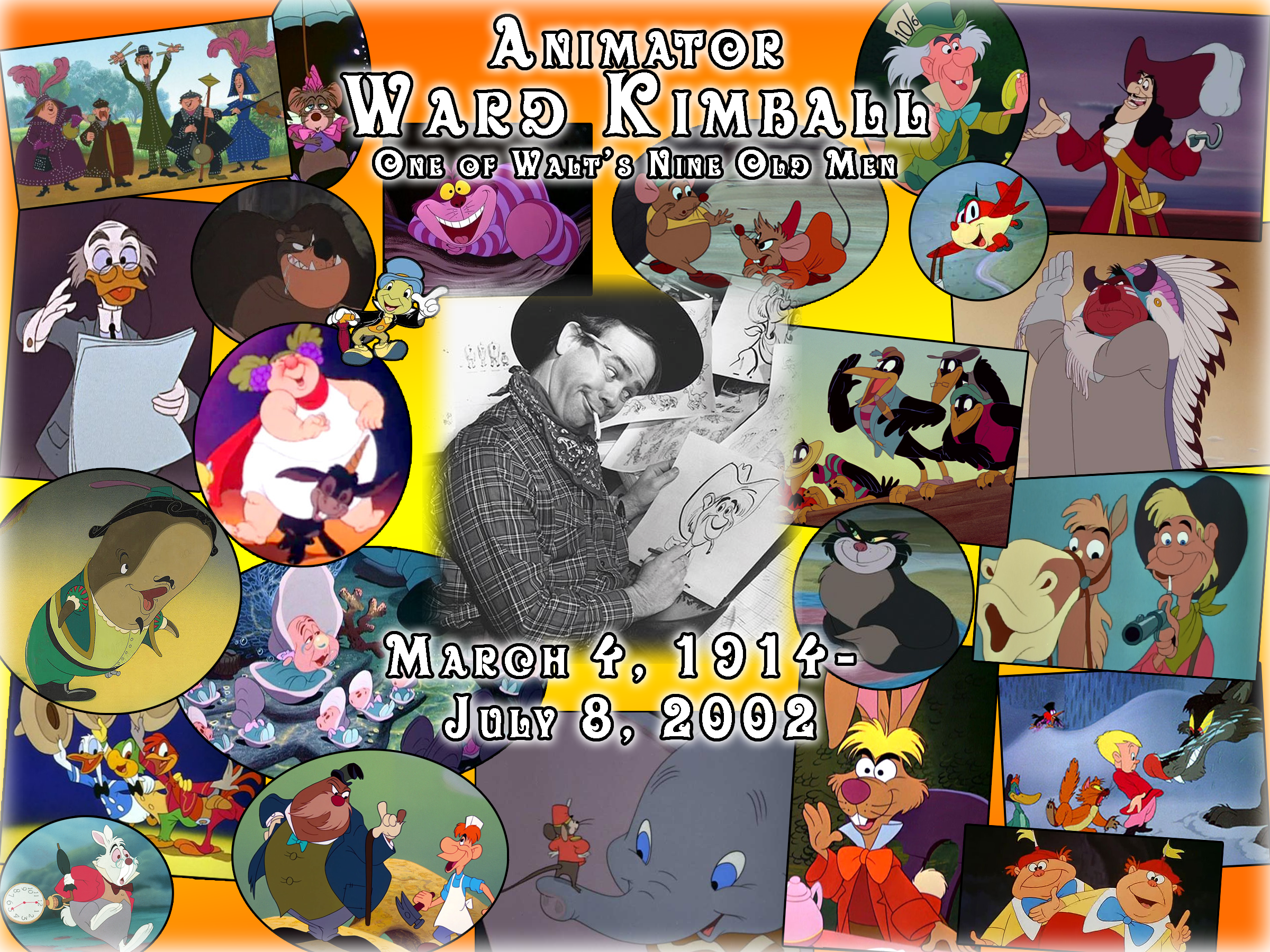 Ward Kimball (March 4, 1914 – July 8, 2002) joined Disney in 1934 in the animation department. His works includes Lucifer, Jaq, Gus and the other mice in Cinderella (1950), the Crows, Dumbo and Timothy Mouse in Dumbo (1941), Jiminy Cricket in Pinocchio (1940), the Mad Hatter, Cheshire Cat, White Rabbit, March Hare, Walrus and the Carpenter, the oysters, Dormouse, and Tweedledum and Tweedledee in Alice in Wonderland (1951), the Dwarfs (deleted scenes) and the Vultures in Snow White and the Seven Dwarfs (1937), Bacchus and his pet unicorn donkey in Fantasia (1940), the Dragon and the Birds in The Reluctant Dragon (1941), Pedro in Saludos Amigos (1942), Donald Duck, José Carioca, Panchito in The Three Caballeros (1944), Band in Casey At The Bat, Peter, Sasha, Sonia, Ivan, the Wolf and the Hunters In Peter And The Wolf, Willie the Whale in Make Mine Music (1946), Jiminy Cricket and Lumpjaw in Fun and Fancy Free (1947), Singing Masks, Hoedown Caller, Hoedown Dancers, Indians, and Hoedown Band in Johnny Appleseed, Donald Duck, José Carioca, Aracuan Bird, and the Butterflies in Blame It On The Samba, Pecos Bill and his Horse, Coyote pups, Various animals, Rabbit, Rattlesnake, Vultures, Townspeople, Cattle, Rustlers, and Painted Indians in Pecos Bill in Melody Time (1948), train chase sequence and Ichabod Crane and his horse in The Adventures of Ichabod and Mr. Toad (1949), Indian Chief, Squaw and her baby, Girl, Brave, Mother-In-Law, John Darling, Captain Hook in Peter Pan (1953), Ludwig Von Drake in Walt Disney's Wonderful World of Color (1961), and the Pearly Band in Mary Poppins (1964). His work was often more 'wild' than the other Disney animators and was unique. Ward actually modeled Lucifer after his own cat. You can see an animated depiction of Ward in the animated short The Nifty Nineties (1941) alongside fellow animator Fred Moore. He became a Disney Legend in 1989. Disneyland dedicated its newly acquired Disneyland Railroad engine number 5 to him in 2005.

Reply edgecdopy
3:07 AM on January 25, 2022
cialis ed danger hydroxychloroquine over the counter cvs