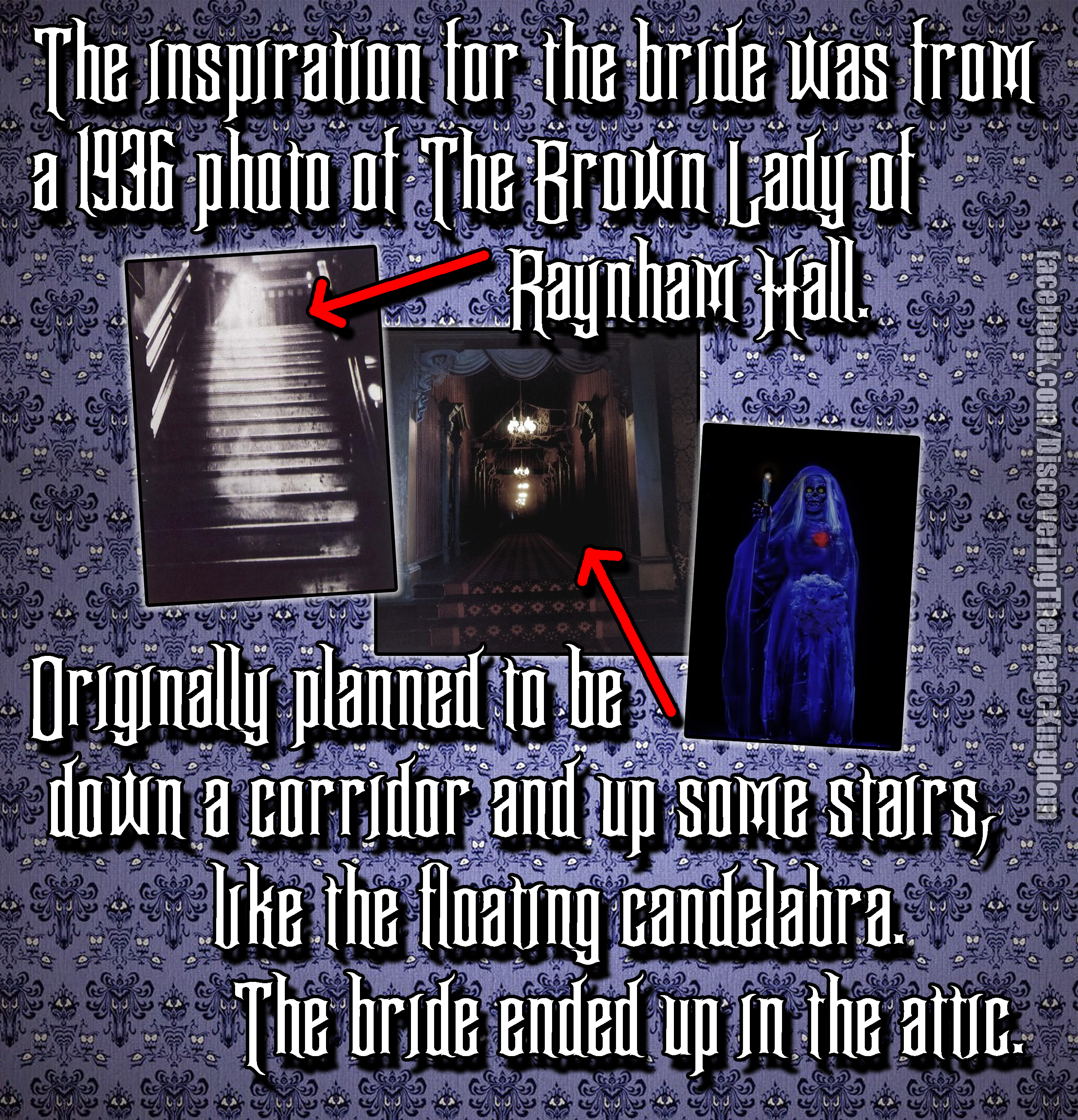 It is said that Ken Anderson’s inspiration for the bride in The Haunted Mansion was the photo of the “Brown Lady of Raynham Hall.” The Brown Lady, or Ghost of Raynham Hall, was the title of a photo taken in 1936 by Country Life magazine. It is a photo of the staircase in Raynham Hall that has a ghostly woman in the middle of it appearing to be dressed as a bride. It is speculated that it was the spirit of the late Lady Dorothy Walpole (1686-1726) who died in the estate from smallpox. Prior to her death, she was confined to her home by her husband, Charles Townshend, because he caught her having an affair. After that she remained in the dwelling until her death, and even after that. In Ken’s original concept art, the bride would have been down a corridor leading up some stairs, much like the candelabra in the Endless Hallway. She ended up in the attic, and with a much more skeletal look than she has today. (the one in the picture is an artists rendition based on photographic evidence of the past)

Reply Wearezoow
12:42 PM on December 6, 2021
hydroxychloroquine over the counter cvs

Reply how much does cialis cost
8:08 AM on December 5, 2021
E Faecalis And Amoxicillin Therapy

Reply can i leagally buy prednisone online
11:02 AM on November 10, 2021
Buy Accutane Mexico