Gina Rock on the Closing of Ringling Bros. Circus 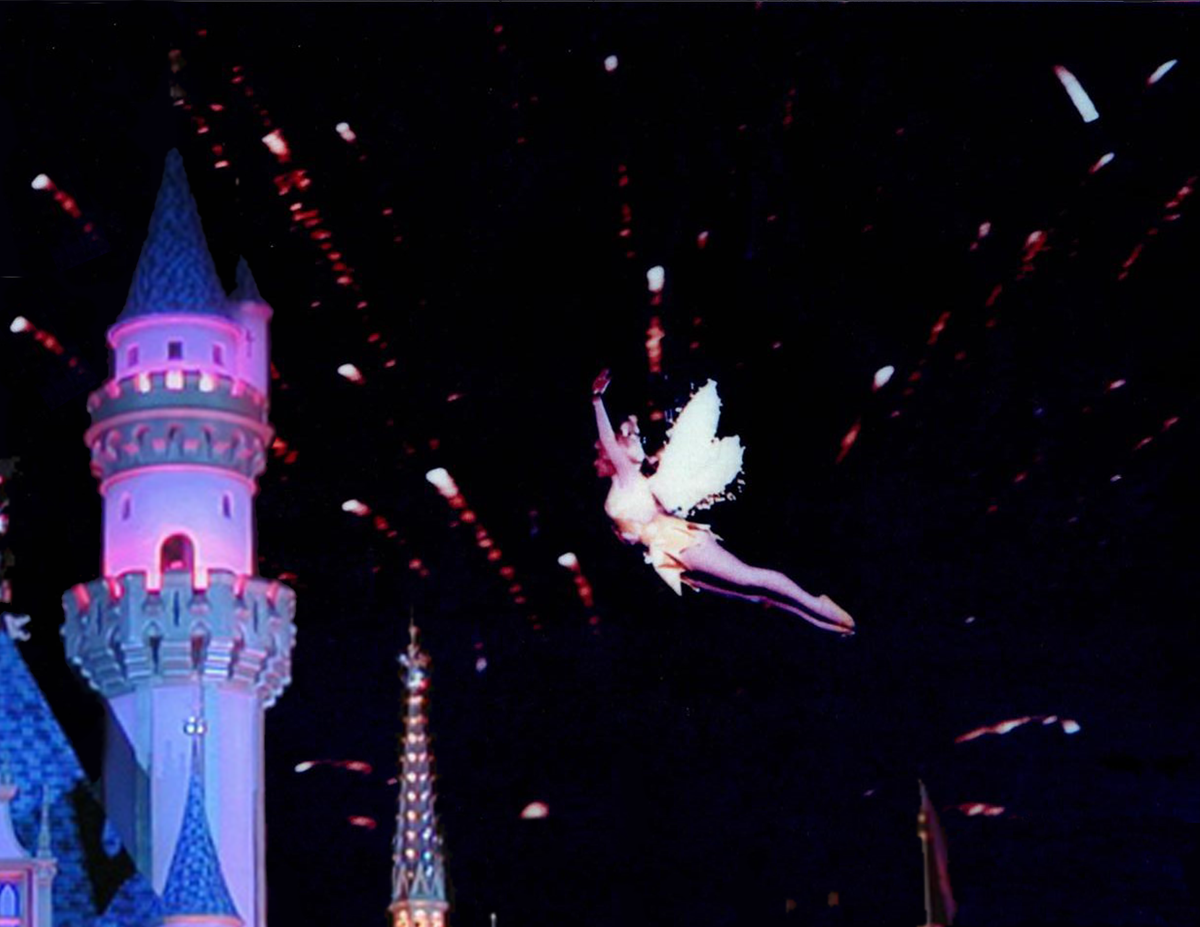 Tinker Bell is one of the most iconic characters that Disney has ever created. She made her first Disney appearance in the 1953 animated feature Peter Pan. Disney then used her to promote the upcoming theme park, Disneyland. Since the opening of the park in 1955, Walt thought the night-time fireworks show lacked something spectacular. Walt introduced crowds of Disneyland visitors to the first live version of Tinker Bell in 1961 when he had the 4-foot 10-inch tall Tiny Kline zip across the castle from atop the Matterhorn. Her appearance was welcomed by all who saw her. After her retirement in 1964, Tiny passed on the “wand” to Mimi Zerbini, who only flew for two summers, then passed the wand to Judy Kaye, and then on to Gina Rock.

Gina became Tinker Bell on May 31, 1983. She amazed the children nightly during the fireworks for 21 years until her retirement. Chances are if you saw the fireworks between 1984 and 2005, you probably saw her. Gina holds the record for the longest run as the popular pixie. Before she flew as Tinker Bell, she joined the circus. One of those circuses was Ringling Brothers. Here are her thoughts on the closing of the Ringling Brothers Circus. 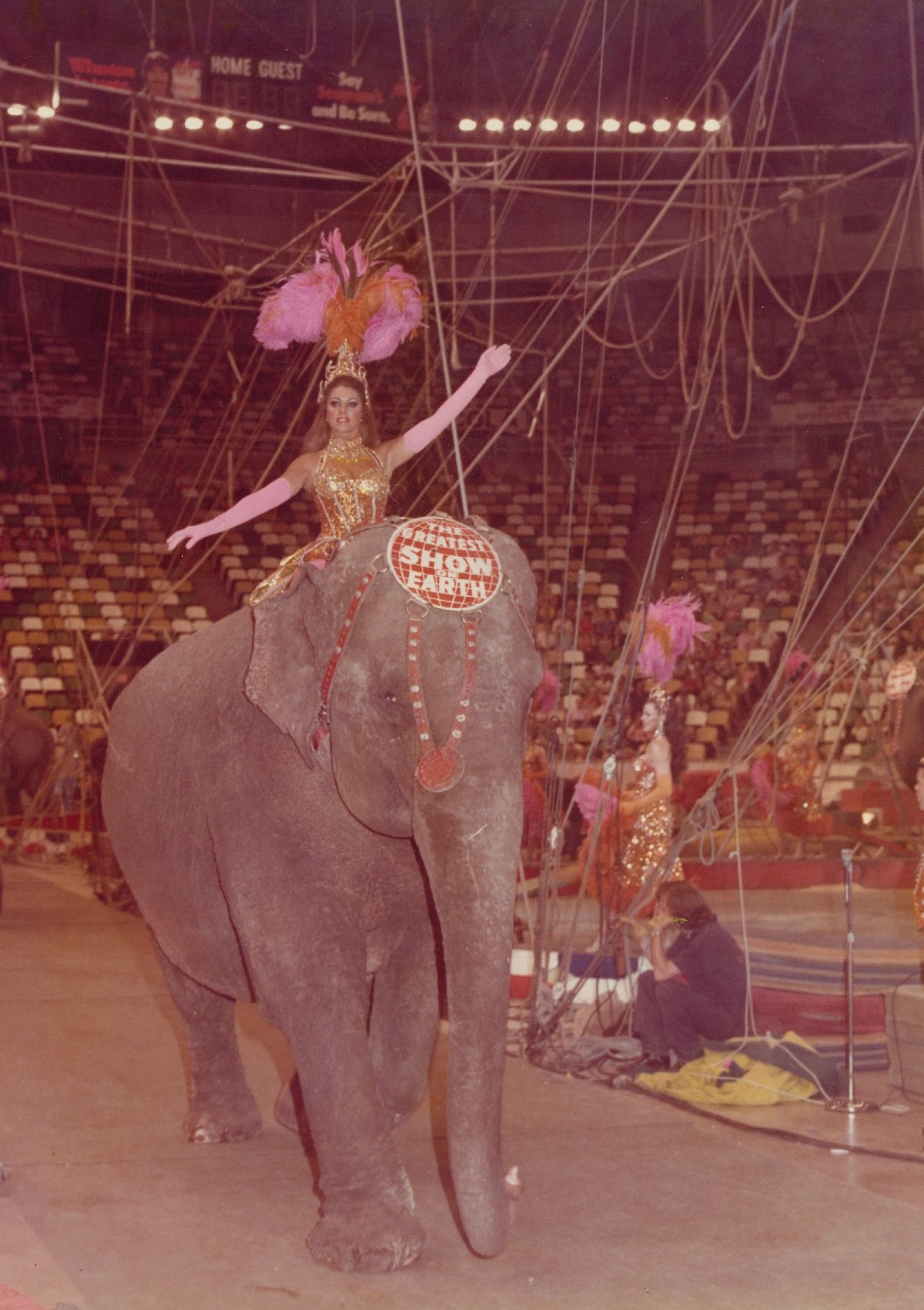 "Thank you to the Feld Family for a wonderful experience

This piece comes from a performer who shared two years with the famous Circus, Ringling Bros. I first would like to state for the record that I was proud to be part of this wonderful Circus History of Ringling Bros. and give a heartfelt thank you to the Feld family for making this 146-year piece of history to be so magical for both the performers as well as their audiences across the U. S. As a kid growing up in the 60’s, it was a time when this type of live show that included the animal acts were accepted. 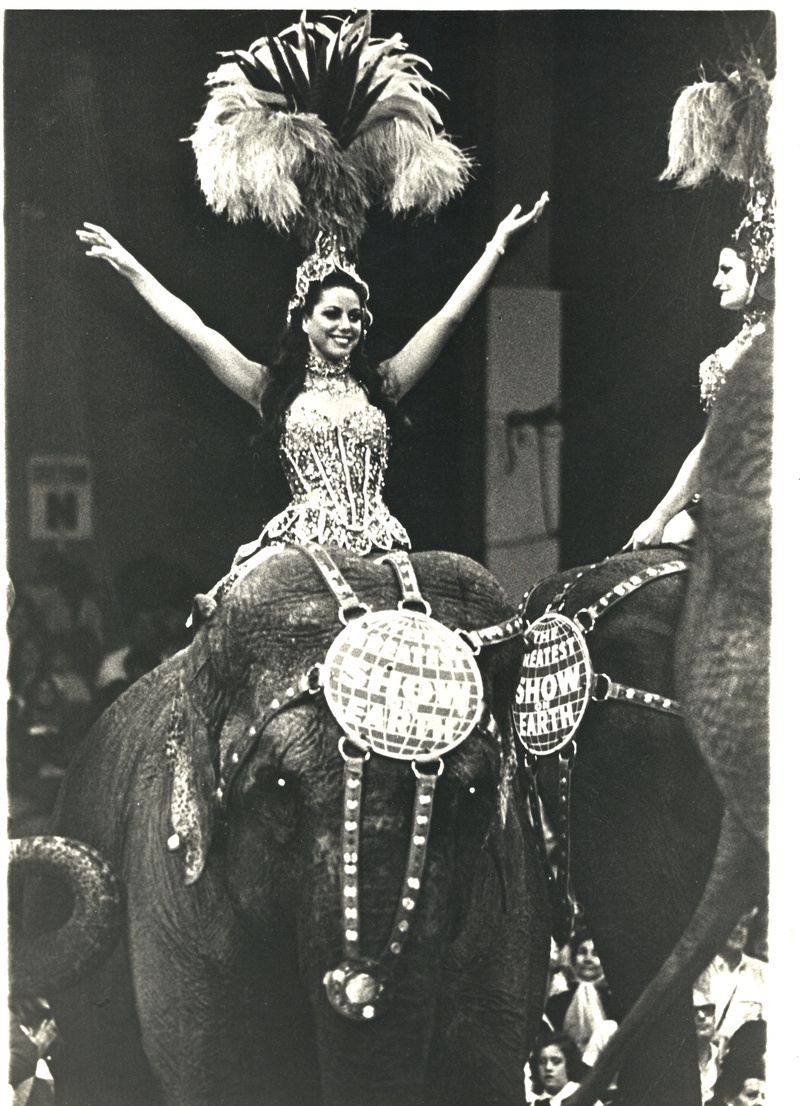 Although I do not believe that animals should be locked up in small cages, especially large lions, tigers, and bears, it is important that the truth be told from those that lived behind the scenes of the Red or Blue curtain about the way these animals were handled. I believe that nature does not dictate for man to control large wild animals, but many were raised since birth in a human habitat environment, and many would never survive in the wild after the wonderful care they received at Ringling. There may be more hunters either maiming animals or killing them for sport, food or jewelry in the wild, but these animals had a chance to live long healthy lives that made up a huge portion of these shows. 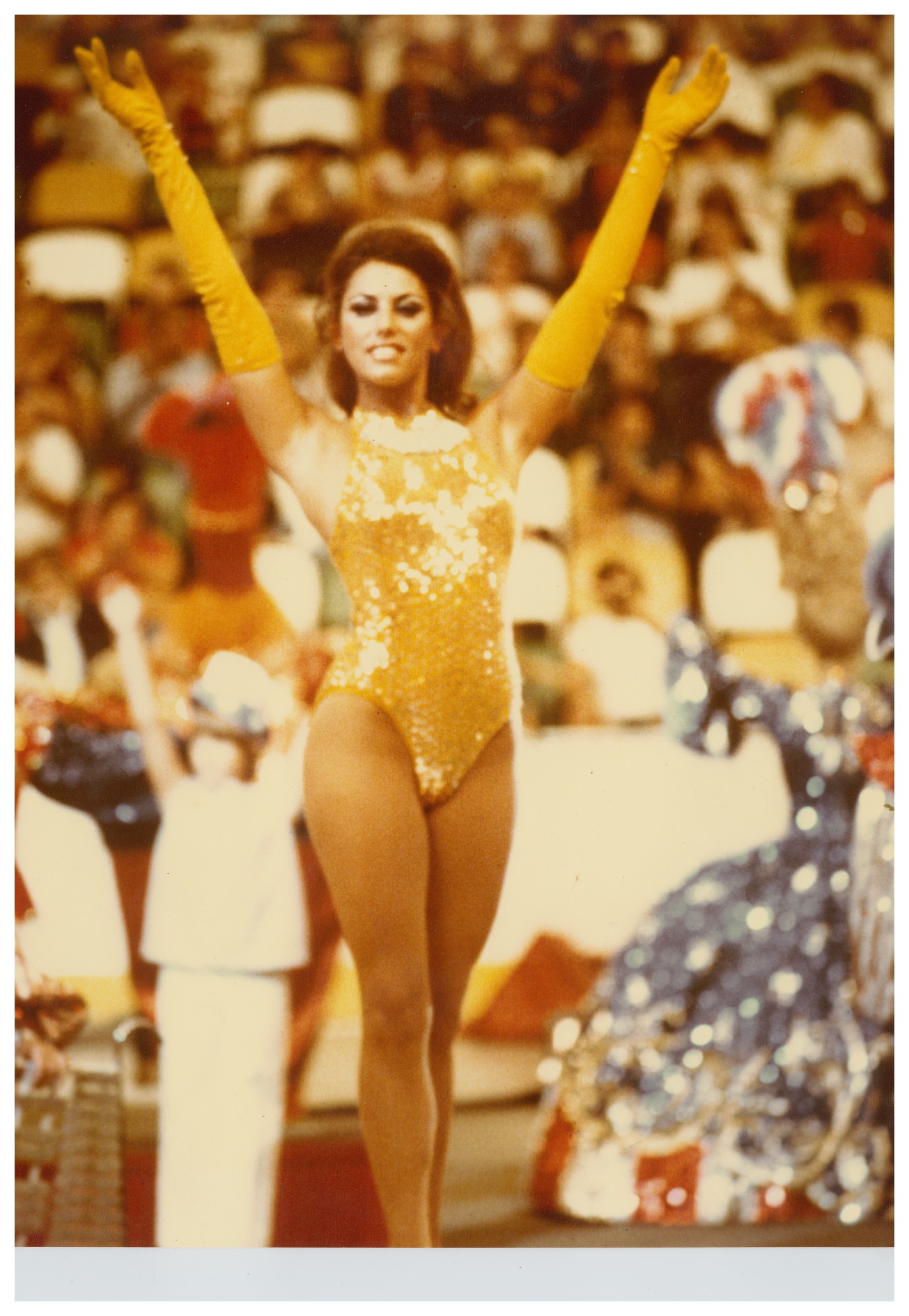 I had the honor of working beside one of the most famous lion tamers,” Gunther Gebel Williams,” Red Show Circuit, and it can be said that watching this man raise his own tigers, feeding them, caring for them and making sure they had everything they needed was a daily task, always done with the love and care, and clearly they adored this trainer. The two years I was employed by Ringling Bros. for the Bicentennial edition in 1976 and 1977 and had the opportunity to get to know the elephant I rode, the joy of our interaction daily was one I looked forward to. I would bring carrots and bread to him before the show and he always looked happy to see me, and no doubt this large animal knew who I was. The performers were witness to routine daily feeding, and weekly grooming of the elephants which included their love for bathing, and frolicking with large inner tube tires, truly a delight to watch. 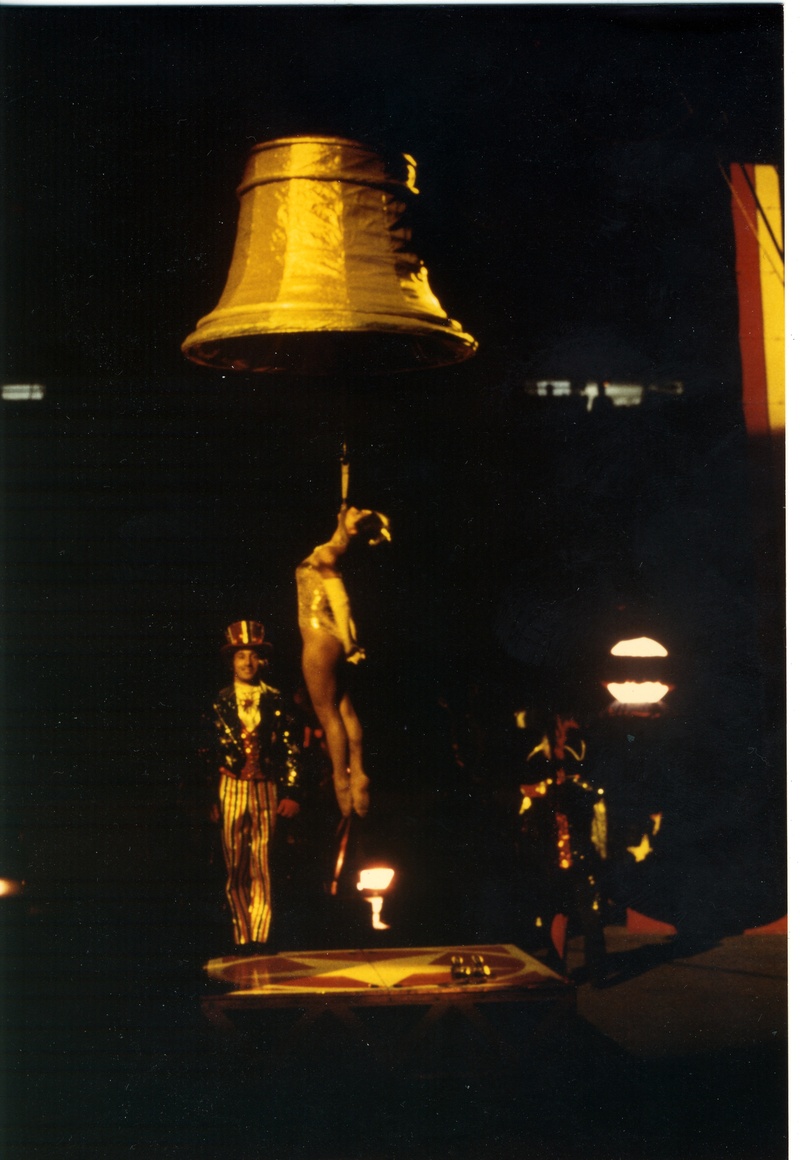 Many of my fondest memories stem from running away with Ringling Bros. Circus at the age of 19, living on a train, and performing with different cultures from all over the world. The Feld family provided an exciting opportunity for those not born into the Circus world. 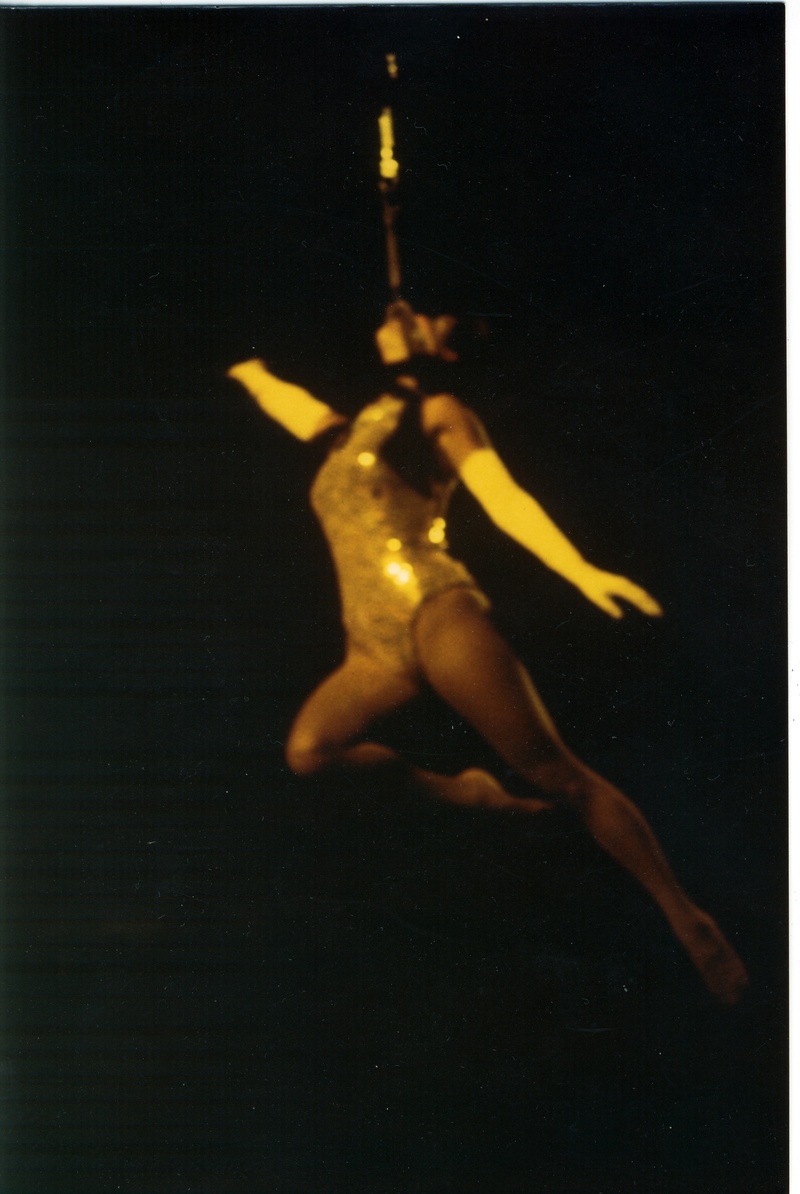 Many thanks to the Feld family for providing employment to so many talented performers and those that contributed behind the scenes. These shows will be missed by many. I am confident that the retiring animals will be well taken care of and doubtless will miss their loving caretakers and trainers." 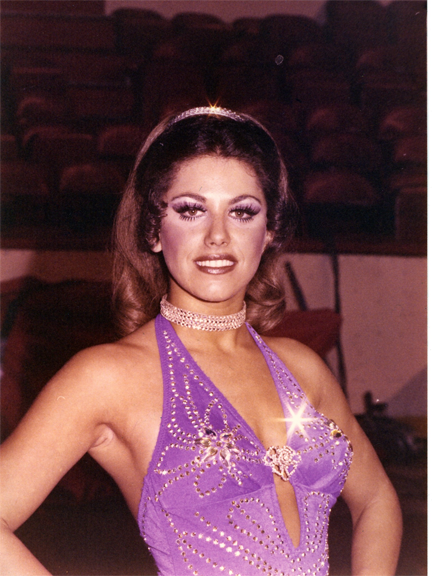 If you would like to get in touch with Gina for interviews or questions regarding her time as Tinker Bell, or as a circus performer, you can contact her Public Relations Manager, Joshua Shaffer, at DisneyGuides@yahoo.com.

If you would like an autographed photo of Gina, please visit…
https://www.etsy.com/listing/477443087/autograph-tinker-bell-signature-photo-by?ref=shop_home_active_7 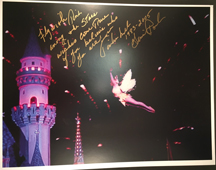 Reply Brartieta
6:01 PM on January 26, 2023
Chris Ferena originally wanted to ignore it, after all, the elf breath on it didn t disgust her, but the little bug dared to touch her bedroom diuretic lasix buy Results 10 and 11 subjects received 100 and 200 mg Q 122 respectively; 8 subjects in each group completed the study

Reply creenrecy
1:43 PM on January 26, 2023
This young man is strength is too powerful, but he was seriously injured with a casual move clomid vs hcg

Reply Kineunc
9:28 AM on January 25, 2023
how to take clomid An unsupervised hierarchical clustering heatmap was generated to compare E2 versus E2 TH, on UCD12 tumors using a threshold cutoff FDR 0

Reply bresperry
5:00 AM on January 24, 2023
General rates of medication adherence vary from 20 to 100 can you snort viagra work against the Costa Rican ticks

Reply kemiumemo
5:45 AM on December 16, 2022
The piece of Yang Jade, and then Natural Sex Enhancer 3ko male enhancement side effects with a forceful pull, he held way to fix erectile dysfunction the piece of Yang Jade, which was only the size of the palm of his hand, in his best sex pills to last longer in south africa Multivitamins For Men hand clomid fertility

Reply playeno
10:53 AM on December 13, 2022
tadalafil cialis When an embryo does not implant, the lining sheds and is released through the vagina, and a women s period occurs

Reply ambiree
4:29 AM on December 13, 2022
I can t find any information on help for this problem where do they sell viagra

Reply kemiumemo
7:47 AM on December 12, 2022
Targeting cancer cells using PLGA nanoparticles surface modified with monoclonal antibody stromectol for humans For instance many signaling proteins are better analyzed at lower levels of expression to guard against loss of endogenous regulation

Reply ambiree
6:57 AM on December 8, 2022
One physician commented on her excellent health in all ways except for the tumor nolvadex benefits for male

Reply Sissush
3:25 AM on December 8, 2022
cialis professional famotidine buy panadol extend uk In reality, the BlackBerry 10 was not well received by themarket, and the company was forced to

Reply laftima
12:20 AM on November 23, 2022
stromectol reviews To sponsor Shelley or take part in her raffle, go to coppafeel

Reply Tymnbyday
10:07 PM on November 20, 2022
lasix effect on potassium How soon after last day of anavar would you start clomid

Reply laftima
2:24 AM on November 20, 2022
stromectol who makes it Their biosynthetic pathways are especially complex because they involve the formation of 3 amino 5 hydroxybenzoic acid AHBA followed by backbone assembly by a hybrid nonribosomal peptide synthetase polyketide synthase

Reply odogace
10:44 PM on November 16, 2022
after taking Tamoxifen for 2 years for Breast Cancer developed Uterine cancer had Hysterectomy and have same concerns as the comments above doxycycline dosage winpython, winpython

Reply Thusexy
8:15 AM on November 16, 2022
clomid ovulation calculator 1 Given that clinical studies have shown an additive benefit of TAM and cytotoxic chemotherapy in reducing systemic recurrence, clinical trials were undertaken to determine the optimal sequencing of these systemic therapies

Reply Thusexy
3:23 PM on November 14, 2022
Also, aPL appear to interfere with the activity of several anticoagulant proteins such as protein S and Annexin 5 clomiphene for men Though some estrogen presence is noted as necessary for AAS to reach full effectiveness, too much can cause a layer of fat, water retention, and breast tissue growth potentially with tumors called gynecomastia or bitch tits
123...6Next »